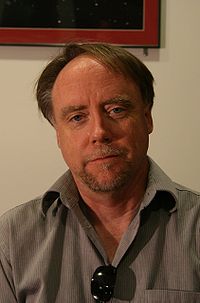 Professor Fuller received his B.S. (1976) and Ph.D. (1981) degrees in physics from the California Institute of Technology. His Ph.D. thesis advisor at Caltech was Professor William A. Fowler, and his thesis title was "Nuclear Weak Interaction Rates During Stellar Evolution and Collapse." Subsequently, he was the Robert R. McCormick Postdoctoral Fellow at The University of Chicago (1981-83) where he worked with D. N. Schramm and W. D. Arnett; then a Visiting Assistant Research Astrophysicist (postdoc 1983-84) with S. E. Woosley at Lick Observatory, UC Santa Cruz; then a Research Assistant Professor (1985-86) at the Institute for Nuclear Theory, University of Washington, and then a Staff Member, IGPP, Lawrence Livermore National Laboratory, before coming to UCSD as an Associate Professor (1988) and then full Professor (1992) in the Department of Physics. Professor Fuller is a Fellow of the American Physical Society.

Theoretical Astrophysics. Theoretical Nuclear and Elementary Particle Physics. Nuclear and Particle Astrophysics. General relativity, especially as regards instability in massive objects. Physics of the early universe; gravitational collapse and supernovae, compact objects; nuclear and quark matter; the origin of nuclei, especially the light elements in the Big Bang and the heavy elements in supernovae; the weak interaction and neutrinos. A common theme running through much of Professor Fuller's work is the interplay of the weak interaction, nuclei, and gravitation.

There is an ongoing revolution in neutrino physics, where experiments and observations are revealing some of the properties of the mysterious and ghostlike neutrinos and, in turn, these developments promise to feed back on our understanding of cosmology, supernovae, and the origin of the elements. Professor Fuller and his postdocs and graduate students are engaged in theoretical studies aimed at exploiting this opportunity. For example, Fuller's group is calculating how neutrinos change their flavors in the core collapse supernova environment and in the early universe and how this and other weak interaction phenomena affect nucleosynthesis. Fuller's group is also investigating key issues in primordial nucleosynthesis and cosmology, especially as regards constraints on neutrino physics, the background neutrinos, and neutrino rest mass. Other recent projects involve dark matter models with electroweak singlets, the QCD epoch in the early universe, and the instability and collapse physics of supermassive objects.